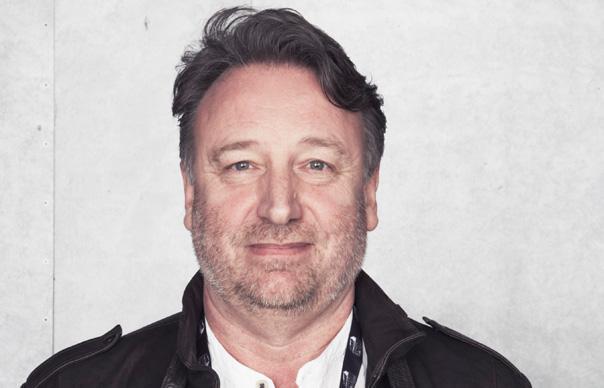 Sumner recently described working with Hook as “unbearable in the end” and has also gone into lengthy detail about the pair’s relationship in the book.

Hook has now responded with a review of the book in which he calls Sumner a “very, very unreliable witness” and stating that, “book stores won’t know whether to file it under fantasy or tragedy.”

Writing for Billboard, the bass player states: “I found Bernard often very contradictory and his narration towards me is cruel and spiteful. We all have different memories and we all remember things differently. However Bernard only ever seems to remember the things that suit his purpose.”

Referring to an incident where Sumner reports that Hook called long-term collaborator Peter Saville “a parasite”, Hook also claimed that the event is entirely fictionalised. “When I read this I had no recollection so I phoned Peter. ‘Pete, I’m really sorry if I did this but I can’t remember,’ and he said ‘No, I don’t remember it either. It didn’t happen and I’ll tell you why I think that. If we had fallen out we would have had to make up and that I would definitely have remembered’,” he said. “From then on, for me, Bernard became a very, very unreliable witness.”

Hook also talked about the pair’s well-documented fight over the New Order “brand”: “To me, the problem with his recollections is that they are solely aimed at justifying the taking of the New Order brand name and goodwill in 2011 – an action I view as illegal and am still fighting. It’s like a vehicle to convince himself, the fans or even me that he was right to do so.”

Meanwhile, Sumner talks in detail about the book and his intentions for writing it in this month’s Uncut, which is available on newsstands and digitally now.

‘Chapter and Verse – New Order, Joy Division and Me’ was published last month.