Peter Hook has branded 'Aerial', a track that surfaced online this week that purported to be an unreleased song from Joy Division's seminal album 'Unknown Pleasures' as a "bloody awful hoax". 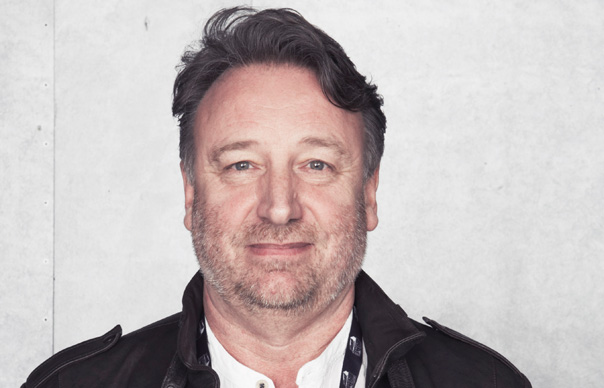 Peter Hook has branded ‘Aerial’, a track that surfaced online this week that purported to be an unreleased song from Joy Division‘s seminal album ‘Unknown Pleasures’ as a “bloody awful hoax”.

The track appeared online earlier this week and according to its accompanying description, was an unreleased track from the Manchester band’s 1979 debut album. However, speaking to NME about the track, Peter Hook confirmed that it was a hoax. You can hear ‘Aerial’ by scrolling down to the bottom of the page and clicking.

Asked if he’d heard ‘Aerial’, he said: “I’ve heard it. It’s a hoax and it’s bloody awful. They’re quite clever, these guys, they sound like college kids to me, they’ve captured the atmosphere quite well, but it’s a hoax. If Ian Curtis ever sang lyrics like that, I’d have kicked him up the arse.”

Hook added that he doubted there were any unreleased tracks left to be released from Joy Division, as the band “didn’t think for tomorrow.”

Asked if he believed there was the potential for any unreleased Joy Division tracks to be discovered, he said: “Everytime you hear about tapes being discovered, you think there maybe more songs, but I think I can safely say that there isn’t anything more to do with Joy Division to come out. There’s not much left over, when you’re young, you don’t think for tomorrow”.

Hook also revealed that he was recently given a tape which features a number of outtakes from the band’s 1980 album ‘Closer’ that has a series of radically different versions of the album’s tracks, but that he currently has no plans to release it.

He said of this: “I’ve got a tape that’s recently come into my possession, which is outtakes from ‘Closer’. It’s interesting because the songs are quite different, we changed the songs quite a bit in the studio and the songs are very different. I’m not planning to do anything with it at the moment.”

Hook also spoke about the recent discovery of Joy Division and New Order master tapes in Jamie Oliver’s restaurant in Manchester and revealed that the TV chef had treated him to a free meal to thank him for the free publicity.

“We did find the tapes in Jamie’s restaurant, I’ve had a look, I went in at the weekend and Jamie got the family and me a free meal to say thanks for all the publicity. If you go in the private room, you can still see the Joy Division vault; it’s still there.”

Peter Hook will play Joy Division‘s 1981 compilation album ‘Still’ in full at two shows at Manchester’s 251 venue on May 18 and 19. Charities Mind and Forever Manchester will both receive some of the proceeds from the shows.