Peggy Seeger has released a statement following the death of her half-brother Pete on January 27. 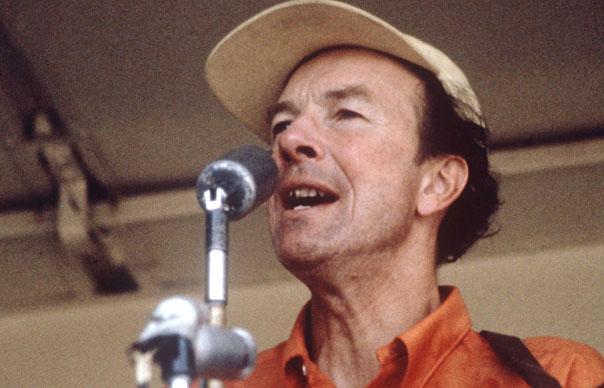 Peggy Seeger has released a statement following the death of her half-brother Pete on January 27.

“As most of you will know by now, my beloved brother Pete died peacefully, surrounded by close family members, at the Presbyterian Hospital (Columbia), New York City, on January 27th at 9:17 pm. His daughter Tinya, who had been caring for him for some time, was lovingly holding his hand. I was still in mid-air making a frantic attempt to get there from New Zealand. I arrived four hours too late. I take solace from our last phone calls where much was said but unspoken. I know many of you will be saddened by Pete’s death but we must remember that he led a very full and productive life. He leaves a prodigious body of work for us to enjoy, a legacy the enormity of which will continue to grow. He touched so many people’s lives, from children to the golden oldies like myself. As for me, I have lost the last person who has known me from birth and who has always been there for me. I cannot express how heavy losing Pete lies with me. My thanks to all for your kind and thoughtful condolences. Peggy.”

You can read an interview with Pete Seeger from the Uncut archives here.