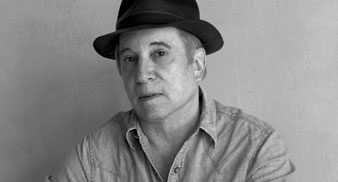 Paul Simon is set to take his iconic 1986 album ‘Graceland’ on the road next year, to celebrate the 25th anniversary of the 1987 tour of the album.

The tour is currently being planned and will see Simon hitting the road with Ladysmith Black Mambazo, who featured on the album and toured the songs with him. It is thought that the new tour will happen at the same time that the ‘Graceland’ box set and legacy edition of the album is released in Spring 2012.

This July, Simon performed with Ladysmith Black Mambazo and trumpet player Hugh Masekela in their native South Africa. The performance was filmed by Joe Berlinger and the footage will be included on a film that will make up part of the box set.

“The documentary took me back to the artistic aspects and the political aspects of making ‘Graceland’ and the controversy that surrounded it and how it was resolved, plus what remains of it and what we learn from it,” said Simon to Billboard.

‘Graceland’ scored the Grammy awards for Album of the Year and Record of the Year for the title track at the 1987 ceremony.

Paul Simon is currently on tour in the US. He released the album ‘So Beautiful Or So What’ earlier this year.