Paul McCartney is on the cover of the new issue of Uncut, which is on sale in UK shops today [Tuesday, August 25, 2015] and available to buy digitally by clicking here.

In our world exclusive interview, we visit Sir Paul at his studio in Sussex where he talks openly about working with and without John Lennon – and discusses extensively the relationship that revolutionised music.

“When I think of John, I think of us writing together,” says McCartney. “‘A Day In The Life‘… stuff like that.”

To celebrate our with Macca, we’re delighted to host this remastered rarity from the McCartney archives: “Take It Away [single edit]“. 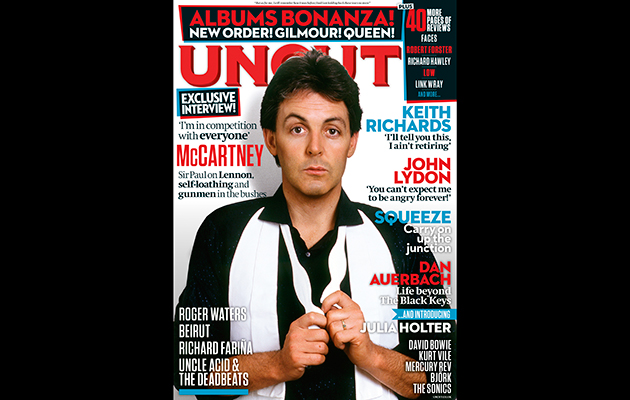 The full-length version of the track is available on the upcoming deluxe edition of Tug Of War which, along with Pipes Of Peace, is reissued on October 2, 2015.

Both albums will come with additional material – including previously unreleased tracks and never before seen video – and can be pre-ordered now from McCartney’s website.