Patti Smith is set to celebrate the 40th anniversary of her seminal 1975 album Horses with special gigs in London, Paris and New York. 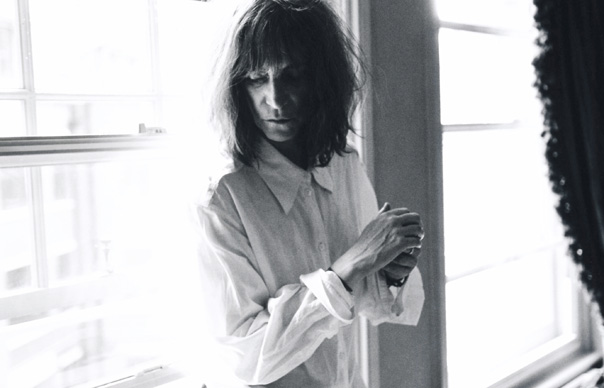 Patti Smith is set to celebrate the 40th anniversary of her seminal 1975 album Horses with special gigs in London, Paris and New York.

Speaking to Rolling Stone about next year’s anniversary, she said: “The exact date is November 10, and I want to celebrate it in New York in a special way. We have things we’ll be doing in Paris and London, everywhere, because it’s a true milestone. I’m proud to have a milestone like that.”

She added that the anniversary gigs wouldn’t be cynical cash-ins, commenting: “So I’m going to be happy to celebrate it, to perform the album with happiness, not with any kind of cynicism or a cashing-in thing. It will be a true, proud celebration…”

Smith also revealed that she is just about to finish her new book, the follow-up to 2010’s acclaimed Just Kids. She explained that the book is “sort of” set in the present.

“I wanted to write a contemporary book or just write whatever I felt like writing about, and it’s things going from literature to coffee to memories of Fred [‘Sonic’ Smith, Patti’s late husband and member of the MC5] in Michigan,” she revealed. “It’s whatever I felt. I hopped on a train and kept going.”