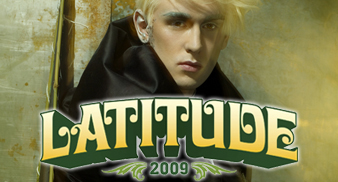 Patrick Wolf, The Airborne Toxic Event and Wild Beasts have all been confirmed for the Obelisk Arena at this year’s Latitude Festival, on the the bill with headliners Pet Shop Boys, Grace Jones and Nick Cave & The Bad Seeds.

The Uncut Arena, which boasts previously announced Bat For Lashes, Spiritualized and the Gossip as headliners, will also see Chairlift and hotly tipped The Mummers perform in the tent.

Elsewhere at the three day Suffolk festival, Chas & dave will perform as part of Mark Lamarr‘s annual ‘Presents’ series in the Film & Music Arena and !!! and the 1990 return to play the Sunrise Arena.

The full list of Latitude’s latest musical additions are: