Find out who won this year's film Academy Awards 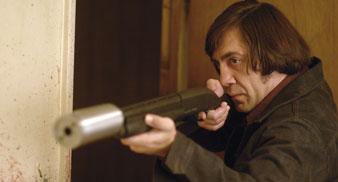 Bookies favourites the Coen brothers and Daniel Day Lewis walked away last night (Sunday 24) with the Oscars for Best Director and Best Actor, while the Coens’ adaptation of Cormac McCarthy’s novel No Country For Old Men won Best Picture.

After 17 previous awards wins for his role as oil magnate Daniel Planview in There Will Be Blood, Day Lewis’ victory seemed an inevitability; as did the Coens, whose film has also been a darling on the awards circuit, garnering a mammoth 76 wins in a number of categories.

There were some surprises, too. Julie Christie, widely tipped to win Best Actress for Away From Her, conceded the award to French actress Marion Cotillard, who’d previously won a BAFTA for her portrayal of Edith Piaf in the biopic La Vie En Rose.

The Coens film won the most awards, rounding off their wins in three main categories with a Best Adapted Screenplay.

Picking up the Oscar, Joel Coen said that the pair had been making films their whole lives, saying: “What we do now doesn’t feel that much different from what we were doing then. We’re very thankful to all of you out there for continuing to let us play in our corner of the sandbox.”

The main winners at the 80th Academy Awards were:

BEST ACTOR
DANIEL DAY LEWIS (THERE WILL BE BLOOD)

BEST DOCUMENTARY
TAXI TO THE DARK SIDE