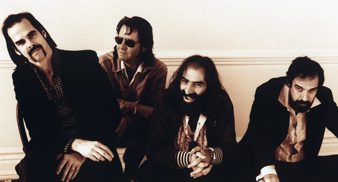 ‘Honey Bee’ is one of four songs recorded for the Treacle Sessions, is available now on their website and their myspace page, which will then be followed by ‘When My Love Comes Down’ (June 27), ‘Man In The Moon’ (August 1) and ‘No Pussy Blues’ (August 29).

The band have also announced a string of live shows this summer. With only three previous festival dates in the UK, Grinderman will make an appearance at the Uncut sponsored Latitude festival.