The band prepare to tour "Somewhere Else" in the UK 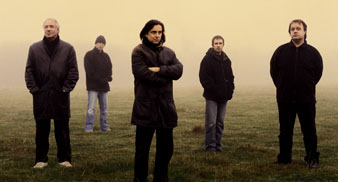 Aylesbury prog rock group Marillion have finished making their fourteenth studio album, “Somewhere Else,” and it will be released on April 9.

Following the huge success of their 2005 tour, the band who formed in 1979, have also announced that they will embark on a new 41-date European tour, including eleven shows in the UK.

Marillion have continued to create intricate, melodic rock, and have a dedicated fanbase throughout the world.

As one of the original instigators of the DIY model in the music industry, Marillion will, once again, release their latest album on their own label, Intact Records.

Although Marillion have only just completed “Somewhere Else,” it is thought that they have alraedy started working on a fifteenth studio album, which could be out as early as May 2008.

The album will be preceded by a single, “See It Like A Baby,” on March 26.