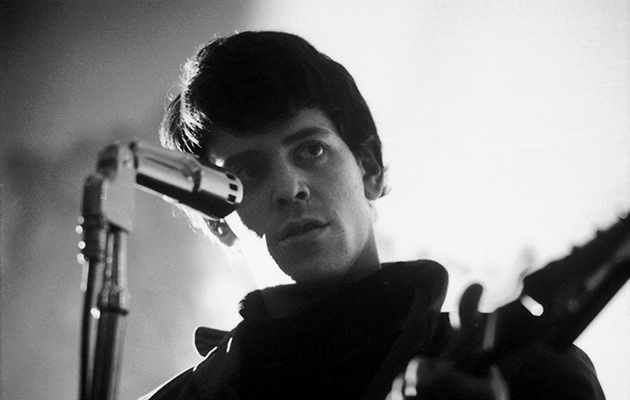 A new Radio 4 documentary about Lou Reed will premiere a previously unheard 1965 demo of the singer performing future Velvet Underground staple “I’m Waiting For The Man”.

An extract from the demo will feature in Walking The Wild Mind, presented by Suzanne Vega, which is scheduled for broadcast on BBC Radio 4 and the BBC Sounds app at 8pm on Saturday (March 2).

The five-inch reel-to-reel tape was discovered in a sealed packaged, hidden behind some CDs in Reed’s study. It is believed that he mailed the package to himself in May 1965 in an attempt to establish copyright.

Lou Reed archivist Don Fleming opened the tape early last year to discover that it contained what is believed to be the first recorded version of “I’m Waiting For The Man”, among other previously unheard tracks.

“It was one of eleven songwriting demos that Lou seemed to have recorded on one day,” explains the documentary’s producer, Judith Kampfner. “As Don says it ‘is perfectly formed’ though to me Lou sounds very innocent. Don doesn’t know who harmonises with Lou on the song. The harmony to me is a bit Simon & Garfunkel though Don says there is very much a Bob Dylan influence there. The other voice is most probably a guy who worked with Lou at Pickwick Records. It is very different from the VU version that was released. I get goosebumps every time I hear it.

“According to Don it was a bit of a struggle to get the tape to work at first. They heard the songs start but then shortly over that another track started. They brought in a music preservation expert who determined that it wasn’t made on a commercial studio type of tape deck. It was made on some home deck that had weird tracking on the heads the way that it was set up. He had to reconfigure it.

“When I interviewed Don, he also played a few seconds of a couple of other songs but I don’t talk about them in the show because we don’t have any of the music. He says they most likely will release them at some time. I can say that he told me there were two songs that have never been released but that’s all I can really say.”

The latest issue of Uncut includes an in-depth feature about the making of Lou Reed’s 1989 album New York. The magazine is in shops now, or you can order a copy online by clicking here.