Duets by the legend with Dylan and Hank Williams are included 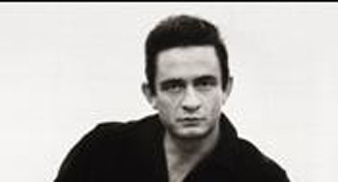 The second volume of a Universal records compilation of Johnny Cash tracks is to be released on May 21.

“The Legend Of Johnny Cash Vol. II” spans Cash’s career from 1956 to 2003 and includes 20 tracks from his years at labels Sun, Columbia, Mercury, and American.

The collection also includes the live orchestral version of the Leonard Cohen classic “Bird On A Wire”.

There You Go
Home Of The Blues
Ballad Of A Teenage Queen
The Ways Of A Woman In Love
I Still Miss Someone
Don’t Take Your Guns To Town
The Long Black Veil
The Ballad Of Ira Hayes
It Ain’t Me Babe – With June Carter
Girl From The North Country – With Bob Dylan
Daddy Sang Bass
Flesh And Blood
The Night Hank Williams Came To Town – Guest Vocal: Waylon Jennings
That Old Wheel – With Hank Willams Jr
The Beast In Me
Unchained
I Won’t Back Down
I Hung My Head
Bird On A Wire (Live With Orchestra)
In The Sweet By And By

Meanwhile, in other Cash news, according to BBC news, the foundations of the Tennessee house where the singer lived with his wife June Carter Cash from 1968 until his death in 2003 are to be preserved after the building burnt down last week.

Bee Gee Barry Gibb, who owns the property said the land was “sacred and must be protected forever.”