The documentary is re-released in November 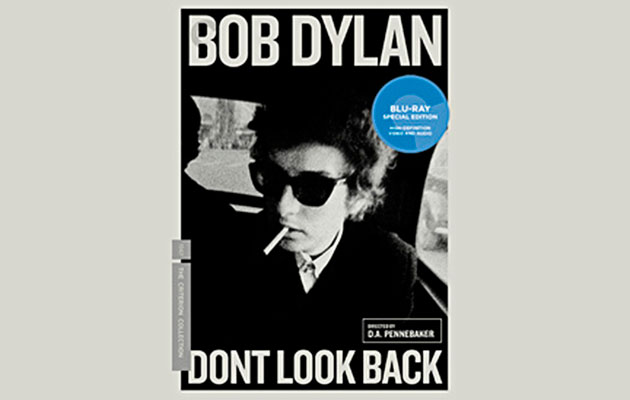 A special edition of DA Pennebaker‘s documentary Dont Look Back is to debut in November, with a number of new extra features.

This new edition from the Criteron Collection features more extras than have been included in previous releases.

Examiner reports that the upcoming Blu-Ray and DVD editions will each feature a new digital transfer, improved audio and new artwork, as well as interview with Patti Smith about the influence of the film.

The release date for this new edition is November 24, 2015. You can pre-order it by clicking here.

* New documentary about the evolution of Pennebaker’s filming style, from his 1950s avant-garde work to his ’60s musical documentaries, including an excerpt from the filmmaker’s footage of Dylan performing “Ballad Of A Thin Man” during his 1966 electric tour

* New conversation between Pennebaker and tour manager Bob Neuwirth about their work together, from Dont Look Back through Monterey Pop (1967) and beyond

* Snapshots from the Tour, a new piece featuring outtakes from Dont Look Back

* Conversation between Greil Marcus and Pennebaker from 2010

* An essay by critic and poet Robert Polito

Extras that have appeared on previous DVD and Blu-ray editions:

* 65 Revisited, a 2006 documentary> directed by Pennebaker and edited by Walker Lamond

* Audio excerpt from an interview with Bob Dylan in the 2005 documentary No Direction Home, cut to previously unseen outtakes from Dont Look Back

* Five uncut audio tracks of Dylan songs from the film

Meanwhile, Dylan is due to play a number of UK tour dates in October, including three nights at London’s Royal Albert Hall.