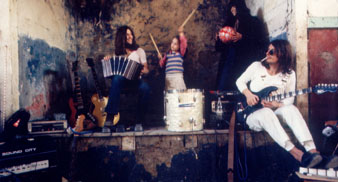 Named Hallogallo 2010, the band will play the music of Neu! and Rother‘s solo work at the festival which takes place at the Custard Factory in Digbeth from October 22-24.

Swans and Godflesh are also set to headline the festival.

The line up for Supersonic so far is:

Hallogallo 2010 also play at The Barbican in London on October 21.