Plus there's another album of vintage material coming soon 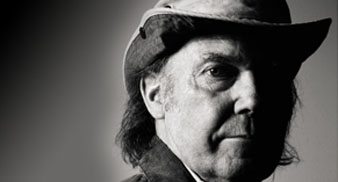 “Archives Volume One 1963-1972” will be released as a 10-disc Blu-Ray and DVD collection and is expected to feature previously released live sets including “Live At Massey Hall”, from 1971, and “Live At The Fillmore East”, from 1970, as well as never released studio tracks, demos and artwork.

Meanwhile, Young is also apparently due to release “Sugar Mountain” on September 29. Exact details of what this album will contain are unconfirmed, but it’s widely presumed to be another set of vintage live material.

A bootleg album, “Live On Sugar Mountain”, recorded at the Dorothy Chandler Pavilion in Los Angeles on the last night of Neil Young’s early-1971 solo tour, has long been in circulation, and it’s likely the material for this official release may well be drawn from that show.