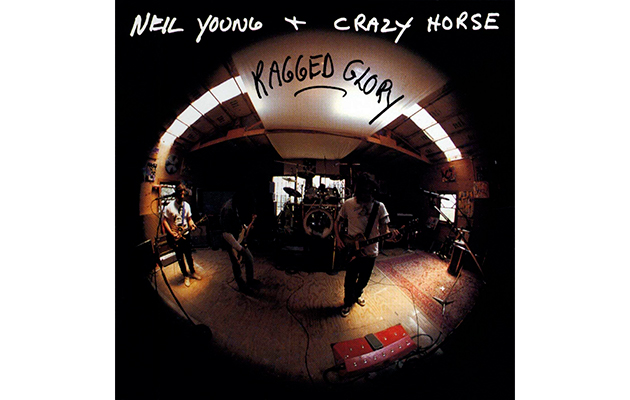 A new post on Neil Young Archives reveals that Neil Young & Crazy Horse’s 1990 album Ragged Glory is poised for reissue with a whole bonus album of unreleased material from the same sessions.

The post declares that the unheard songs are “are equal to anything on the existing record, maybe better”.

Explaining how Ragged Glory was recorded, the NYA poster writes: “Those sessions were unique because the band played a set of songs twice a day at Plywood Analog for a couple of weeks, then went back, listened and chose best tracks after the two weeks were up. The Ragged Glory was picked from those tracks. The same tracks were never repeated in a recording set, played only once as set… and the band moved right on to the next song. No repeats. This approach took ‘analysis’ out of the game during the sessions, allowing the Horse to not think; thinking is deadly for the Horse.

“After the songs were played enough so that the band was sure they must have the takes, the Horse, having a great time, kept playing other songs… Five songs, with two versions of one, and one long extended take of another, yielded another 38 minutes of Crazy Horse classics, mostly undiscovered and unheard before.”

Ragged Glory II will be released as a double LP in vinyl, CD and digital formats “probably” in 2019 and “possibly delaying release of other announced projects” – which could mean another delay for the long-mooted Archives Vol 2 box set.