Neil Young has penned brief historical details about each of the songs on Americana, his forthcoming album with Crazy Horse. Comprised on classic American folk songs including “Clementine”, “She’ll Be Coming Round The Mountain” and “Gallow’s Pole”, it features some arrangements originally made by The Squires, the band Neil Young formed in 1963 while at High School in Winnepeg. 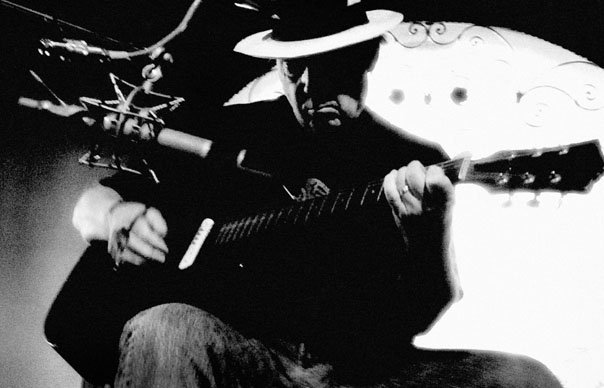 Neil Young has penned brief historical details about each of the songs on Americana, his forthcoming album with Crazy Horse.

Comprised on classic American folk songs including “Clementine”, “She’ll Be Coming Round The Mountain” and “Gallow’s Pole”, it features some arrangements originally made by The Squires, the band Neil Young formed in 1963 while at High School in Winnepeg.

The album, which also includes guest vocals from Young’s Buffalo Springfield and CSNY band mate Stephen Stills, is released on June 4 on Reprise Records. Stills provides vocals on “This Land Is Your Land”, along with Young’s wife, Pegi.

Here are Young’s liner notes for the album.

Oh, Susannah
This song written by Stephen Foster was originally performed on September 11, 1847. The Americana version was arranged with a new melody by Tim Rose and was originally performed by The Big Three in 1963, and updated by Tim Rose and the Thorns in 1964. This band did a lot of arrangements of folk songs that were changed to be rock and roll songs and called folk-rock. Tim Rose was one of the pioneers of folk- rock. Much of the music of Americana is based on this idea.

Clementine
This American folk ballad is believed to be based on “Down By The River Liv’d a Maiden” by H.S. Thompson 1863. However, it is usually credited to Percy Montrose, 1884 or Barker Bradford from about the same period. The Americana arrangement extends the folk process, using many of the original words and a new melody. The song tells the story of either a bereaved lover recalling his lost sweetheart, or a father missing his lost daughter. In both cases the daughter has drowned in an accident. The song is now famous as an American children’s song. The verse about Clementine’s sister has been omitted from most children’s versions. This verse has different meanings depending on whether the point of view of the singer is taken as the lover or the father.

Tom Dula
This folk song, writer unknown, is based on the 1866 murder of a woman named Laura Foster, who was stabbed to death with a knife in Wilkes County, North Carolina. Tom Dula, a confederate soldier returned from the war and Laura Foster’s lover, was convicted of her murder and hanged May 1, 1868. Grayson, mentioned in the song, was instrumental in supplying information to the posse that eventually found Dula. Dula had another lover, prior to his leaving for the war, named Anne Melton. It was her comments that led to the discovery of Foster’s body. She was charged with murder but was acquitted based on Dula’s word. Dula’s last statement on the gallows was “Gentlemen, do you see this hand? I didn’t harm a hair on the girl’s head.” Anne Melton died insane a few years later. The Americana arrangement is from The Squires with a new melody and the original lyrics.

Gallows Pole
This centuries-old folk song, writer unknown, probably originates in Finland. It is about a woman condemned to die and telling the hangman to wait because someone was coming to rescue her with either money (gold) or information proving her innocence. The folk process enhanced this over the years and it has had many interpretations. The Americana arrangement, which assumes the condemned is a man, is based on Odetta’s interpretation, now an enduring American folk classic.

Get A Job
A song about a man who has not been able to find work, and is assumed lazy and a liar by his woman, “Get A Job” is included in Americana because it is a genuine folk song with all of the true characteristics. This song was written by Richard Lewis of the Silhouettes, although credit is shared with the whole group because they did the vocal arrangement. The hit recording performed by The Silhouettes was released in 1957. The Americana version follows the original arrangement.

Travel On
“Gotta Travel On”, adapted by Paul Clayton and others from a British folk tune, was recorded by Billy Grammer in 1958. His version is an American classic. The song tells of a man who has to keep moving for a variety of reasons, all common with American life. The Americana arrangement is based on Billy Grammer’s version with some lyric changes.

High Flyin’ Bird
Written by Billy Edd Wheeler, this is a folk song performed by The Company in 1964. Stephen Stills was the lead singer. The song is about freedom, life and death. The Americana arrangement is based on The Squires’ 1964 version.

Jesus’ Chariot (She’ll Be Coming Round The Mountain)
Written in the 1800s based on an old Negro spiritual, this song refers to the second coming of Jesus and “she” is the chariot Jesus is coming on. Some interpret this as the end of the world. Others have said that “she” refers to union organizer Mary Harris “Mother” Jones going to promote formation of labor unions in the Appalachian coal mining camps. The Americana arrangement continues the folk process with a new melody, a new title and a combination of lyric sources.

This Land Is Your Land
This folk song was written by Woody Guthrie in the 1940s to a pre-existing melody as a response to “God Bless America” which Guthrie was tired of hearing. The lyrics Guthrie sang varied over time, but the lyrics sung in the Americana version were in the original manuscript of the song.

Wayfarin’ Stranger
This 19th century folk song is about a soul traveling through life, perhaps envisioning the end approaching. The Americana arrangement is influenced by the Burl Ives 1944 recording, with the same words and melody.

God Save The Queen
Written in the 18th century with possible melodic roots in the 17th century, this anthem has been sung throughout the British Commonwealth and may have been sung in North America before the American Revolution and Declaration of Independence in 1776, which rejected British sovereignty. The Americana arrangement draws from the original melody and changes some melody and lyrics in the folk process, also adding lyrics of the same melody taken from “My Country ’Tis Of Thee”, in recognition of the war of Independence and America’s transition to freedom.