Cause of death has yet to be confirmed... 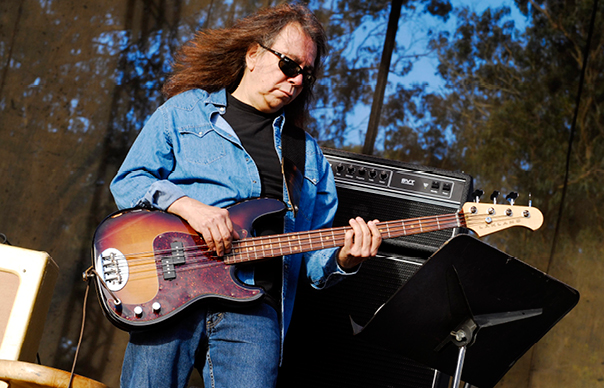 Cause of death has yet to be confirmed…

Rosas’ professional relationship with Young stretched back to the late Eighties. They met at Farm Aid in 1987, when Rosas was playing in Joe Walsh’s band. Rosas then joined Young’s backing band, The Bluenotes, for the 1988 album, This Note’s For You. Rosas also played on Young’s Eldorado EP and Freedom album, both in 1989.

Rosas reunited with Young in 2005 for Prairie Wind and a year later, for Living With War.

His relationship with Young continued onto 2007’s Chrome Dreams II and 2009’s Fork In The Road; in 2010, Young invited Rosas to play bass on the short-lived Buffalo Springfield reunion tour.

Rosas had most recently filled in on bass for Young’s summer tour of Europe with Crazy Horse after the band’s bass player, Billy Talbot, suffered a stroke.

He was also a mainstay of Pegi Young‘s band, The Survivors, as well as a regular member of Neil Young’s live touring bands.

Rosas was born in West Los Angeles, California on September 10, 1949. The news of his death appears to have been broken by Crazy Horse drummer Ralph Molina, who wrote on his Facebook page: “This I truly hate to say.. another brother, friend, gentleman… has passed… lord… r.i.p… Rick Rosas… god bless and keep you my brother.”

Other early tributes have been paid to Rosas, including Blondie’s Clem Burke, who wrote on Twitter: “I am in shock about the passing of my friend, Rick Rosas. A great musician & great soul. Very, very sorry to hear about this.” Meanwhile, Bangles’ guitarist Vicki Peterson Tweeted: “Stunned and saddened by the loss of #RickRosas tonight. Sweet soul, incredible musician–an honor to have played with you.” Shonna Tucker, former bassist with Drive-By Truckers, also wrote, “I’m so sad to hear about the passing of Rick Rosas. So sweet and so much grace & wisdom in his playing. Much love to all friends & family.”

We’ll bring you more news when we can.