Young has only kept us waiting nigh on 30 years! 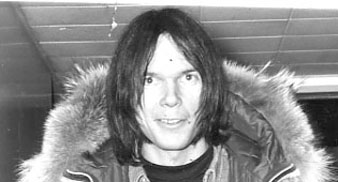 The anticipated release date of ‘Archives, Volume 1’ is September this year.

The collection will feature eight discs, including “Live At the Filmore” (released last November) and “Live At Massey Hall”, a solo set from 1971 which is due out on March 26 .

Thirty-eight previously unreleased songs will feature on Archives, billed as a ‘musical autobiography’ of Neil Young. Tantalisingly, the eight CDs only cover the period from 1964 to 1971, suggesting it is only the beginning of a vast release campaign.

Allan Jones, Editor of Uncut says “This is incredible news for Neil Young fans, like myself, who seem to have been waiting the best part of our adult lives for the release of this archive material. Neil has been talking about it for years.When I interviewed him in 1989, he told me it was coming together and to expect it soon. Which is also what he told me when I interviewed him in 1993. It looks finally like it’s s happening at last, though, incrediblly enough. On the evidence of the Live at The Filmore CD, it should be mind-blowing stuff.”

We’ll announce more details about Archives, Volume 1 on Uncut.co.uk as we get them.