After chart success they bring their parade to the UK 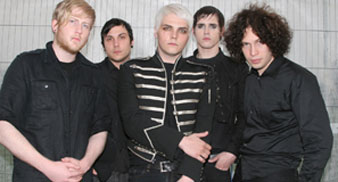 My Chemical Romance have confirmed a UK arena tour for March 2007.

The shows mark the biggest ever UK dates for the band, who are celebrating a number two entry in the albums chart with their fourth album “The Black Parade”. The album’s title track is also number two on the UK singles chart, after two weeks at the top spot.

The post-hardcore band will play at the following venues:


The band are also about to play their debut UK shows, which are sold out, at the following venues:

Read the full Uncut four-star album review of “The Black Parade” in our latest issue , on sale today.

For ticket availability for the My Chemical Romance tour – Click here