Mumford & Sons and Old Crowd Medicine Show have unveiled the trailer for their new tour film Big Easy Express – scroll down and click below to see it. 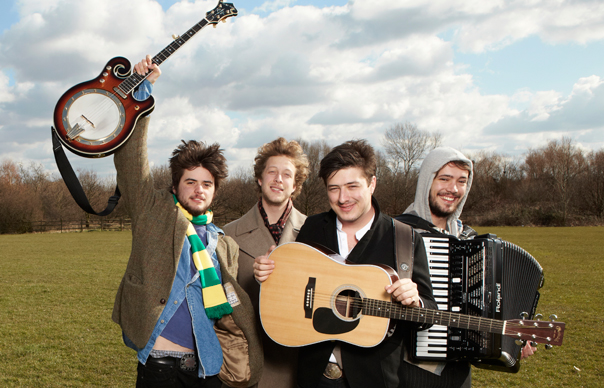 Mumford & Sons and Old Crowd Medicine Show have unveiled the trailer for their new tour film Big Easy Express – scroll down and click below to see it.

The documentary follows the band on their Railroad Revival Tour of the US in spring 2011, which saw them hit the road on a train alongside Edward Sharpe And The Magnetic Zeroes.

It saw all three bands eat, sleep and record music on the train, which consisted of 15 vintage railcars from the ’50s and ’60s.

According to a post on the band’s official website, the film is set to be premiered at this year’s SXSW Film Festival, which takes place between March 9-17.

Mumford & Sons are currently working on material for their second album, the follow-up to 2009’s ‘Sigh No More’. Last month, keyboardist/singer Ben Lovett told NME they were finally “getting our heads down” on the record and admitted he was surprised it had taken them so long to return to the studio.

He commented: “We’re massively looking forward to presenting this record to the world once it’s ready – and getting back out there playing live all over again.”

The band are scheduled to play as part of this year’s Amnesty International’s Secret Policeman’s Ball fundraiser in New York next month.

They’re also penciled in to perform at this year’s RockNess festival in Inverness in June, alongside the likes of Biffy Clyro and Justice.