How much would you pay for one of Prince or Jimi Hendrix’s guitars?

They go under the hammer on December 15 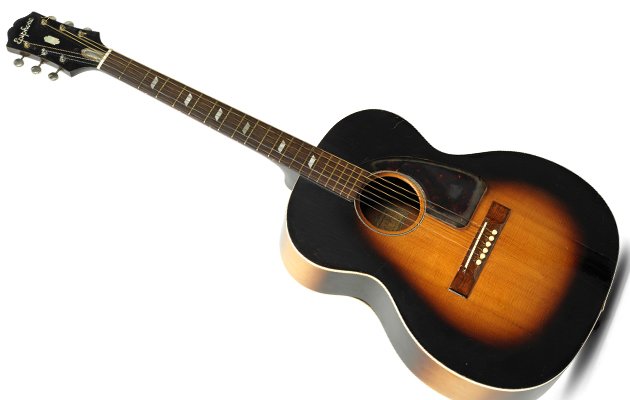 Two guitars, once owned by Jimi Hendrix and Prince, are up for auction.

The sale will take place Thursday, December 15 at 12 midday at Bonhams, Knightsbridge.

Jimi Hendrix’s guitar – estimated at £80,000-120,000 – will lead the sale. An Epiphone acoustic in sunburst finish, it was in Hendrix’s possession for almost three years. He then gave the guitar to Blue Mink’s Alan Parker in 1970. It was subsequently used on recordings including those by Dusty Springfield, Walker Brothers, Blue Mink, Paul McCartney and David Bowie.

Prince’s Cloud Guitar is estimated at £25,000-30,000. He used the Cloud model throughout his career, re-spraying the colour to co- ordinate with new looks. This Cloud was taken on the Act I & II, Prince and the New Power Generation Tours of 1993.

Other highlights include a silk jacket worn on stage (London Palladium, 22 January 1967) by Keith Richards, estimated at £10,000-15,000, and an Imperial Bösendorfer concert grand piano played by Queen, Coldplay, Robbie Williams and Talk Talk, estimated at £20,000-30,000.