Original 40th anniversary shows are a sell out! 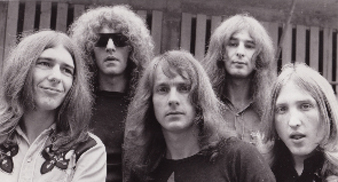 Mott The Hoople have added a third live date in London on October 1, after the previously announced reunion shows sold out.

The original line-up of the band are playing together for the first time in 35 years, to celebrate their 40th anniversary, and will now play London’s Hammersmith Apollo on October 1, as well as the now sold out October 2 and 3.

Formed in 1969, Mott are famous for tracks like the David Bowie-penned “All The Young Dudes” as well as “Roll Away The Stone” and “Honaloochie Boogie”.

Tickets for the new date are on sale now.