Morrissey slammed by drummer for performing Smiths’ songs at Glastonbury

Mike Joyce takes to Twitter to express his anger 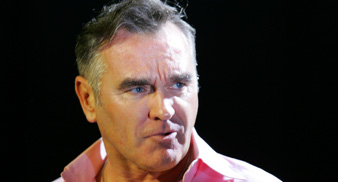 The drummer took to his Twitter page Twitter.com/mikejoycedrums immediately after the show last Friday (June 24) to make his feelings known.

“Great performance from M at Glasto but didn’t like the cover versions,” he wrote. “M was in the group…but not in the band, those tunes belong to them. The ‘band’were the musicians in The Smiths… Mozzer wasn’t in the ‘band’ M was the singer/lyricist in the group.”

Joyce later backtracked for branding his renditions “cover versions” and added that he “just didn’t enjoy The Smiths songs”.

Morrissey played five of his former band’s tracks during his performance, including ‘This Charming Man’ and ‘Meat Is Murder’.

During his slot on the Pyramid Stage the singer also took a pop at U2 and UK Prime Minister David Cameron.