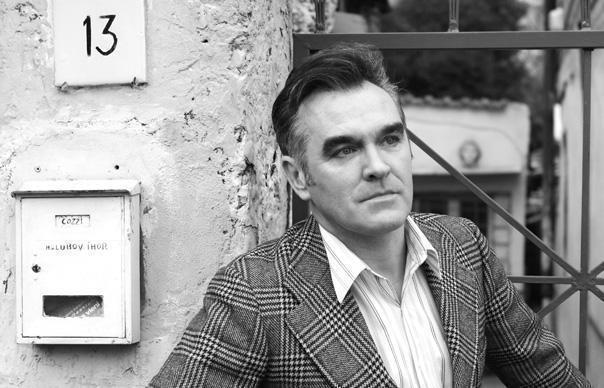 Morrissey has revealed that he has written his new album and will be recording it next year.

In an interview with Serbia’s B92 (via Morrissey-solo), the singer said: “We wrote a new album and I hope that we will record it in February.”

The news follows a year beset by label issues for Morrissey. World Peace Is None Of Your Business, the singer’s first studio album in five years, was released in July of this year on Harvest Records. By August, however, Morrissey claimed the label had dropped him and complained about them botching the release. Soon after, Harvest pulled the record from all digital retailers and streaming services.

Earlier today, Morrissey also claimed that he turned down an invitation from Channel 4 to record this year’s alternative to The Queen‘s annual Christmas Day message.

However, a spokesperson for Channel 4 has confirmed to NME that the station has extended no such offer. “We are not aware of any approach having been made to Morrissey to deliver Channel 4’s Alternative Christmas message,” the spokesperson said in a statement.

Meanwhile, Morrissey’s European tour has been met with further setbacks after the singer was forced to cancel dates in Greece and Turkey this week. Previously, his gig in Germany was ended shortly after a stage invasion and he walked off stage during his Poland show after being heckled by a fan.