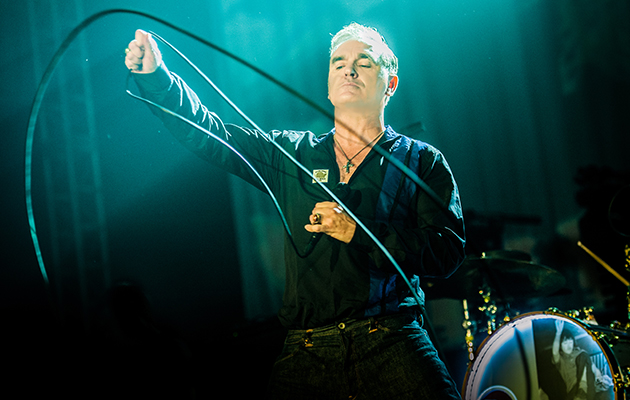 Morrissey has announced details of a new solo album, Low in High-School.

It will be Morrissey’s first studio album since 2014 and his debut for BMG. The album will see BMG partnering with Morrissey on the new release and on the launch of his new label, Etienne Records.

Low in High-School was recorded at La Fabrique Studios in France and in Rome at Ennio Morricone’s Forum Studios. The record is produced by Joe Chiccarelli.

The album will be released digitally and in physical formats: CD, coloured vinyl and limited edition cassette.

Korda Marshall (EVP of BMG) said of the signing: “There are not many artists around today that can compare to Morrissey. He is an extraordinary talent. He is prodigious, literate, witty, elegant and above all, courageous. His lyrics, humour and melodies have influenced many generations. The music on this new landmark record will speak for itself and we are delighted to welcome him to BMG.”

The tracklisting for the album has yet to be revealed. But Morrissey will begin his celebrations for the new album with a concert on Friday, November 10 at the Hollywood Bowl, Los Angeles.