Modfather plays In The City for first time in two decades 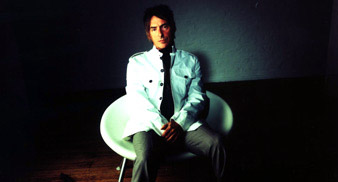 The Modfather teamed-up with the band for Jam classic ‘In The City’ – the first time he’s played the track in 26 years – after helping out on guitar for their debut album track ‘Gin & Milk’ at the London Coronet.

The gig was held in support of the Make Roads Safe international campaign, an initiative which is calling on the G8 to take action over road traffic injuries that kill more than 1.2 million people around the world, the majority in developing countries.

Dirty Pretty Things got behind the campaign after three teenage girls – sisters Claire and Jennifer Stoddart and their friend Carla Took – were all killed in an accident driving home from one of the band’s gigs in Ipswich in July.

Dedicating the track ‘B.U.R.M.A.’ to the trio, singer Carl Barat, who returned to guitar duties after recovering from a broken collarbone, said: “I just wanna remind you what this gig is all about. This goes out to Claire, Jennifer, Carla and their families who are in the audience tonight.”

Earlier, Make Roads Safe projections were flashed up on a giant TV screen before presenter Russell Brand was heckled as he handed out signed plates, cake and strands of hair from each member of the band during the build-up to the gig.

As well as performing hits from their debut ‘Waterloo To Anywhere’, the four-piece also threw new track ‘Chinese Dogs’ into their set.

‘You Fucking Love It’
‘Wondering’
‘Blood Thirsty Bastards’
‘The Gentry Cove’
‘Doctors & Dealers’
‘Puffin On A Coffin Nail’
‘Deadwood’
‘The Enemy’
‘Chinese Dogs’
‘Gin & Milk’
‘If You Love A Woman’
‘Last Of The Small Town Playboys’
‘Bang Bang You’re Dead’
‘B.U.R.M.A’
‘In The City’
‘I Get Along’

Tickets go on sale at 9am on Friday (September 15). For ticket availability after then go to NME.COM/Gigs.

The band also release single ‘Wondering’ on September 25, with DVD ‘Puffing On A Coffin Nail: Live At The Forum’ following on October 16.