Sixth album sees the musician get back to dance 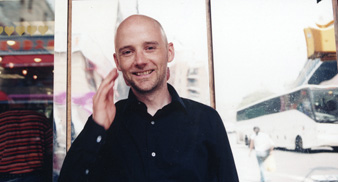 Moby has revealed details of his sixth studio album ‘Last Night’, which will be ready for release on March 10.

The album features guest vocalists, including MC Grandmaster Caz – one of the writers of Rappers Delight, Sylvia from Kudu, MC Aynzli and Nigerian rappers the 419 Crew.

The first single from the album is expected to be ‘Everyday It’s 1989’.

Talking about the album, Moby explains his return to dance, saying: “It’s a lot more dance oriented and electronic than my last few albums, probably as a result of all of the DJ’ing I’ve been doing lately. And it has some interesting guest vocalists. My favorite guest is the rapper on ‘I Love To Move In Here‘. His name is Grandmaster Caz, and he was one of the writers of ‘Rappers Delight’. He’s been rapping since 1975, and I’m really happy to have him on the record.”