The Italian film director, famed for Blow-Up, has died aged 94 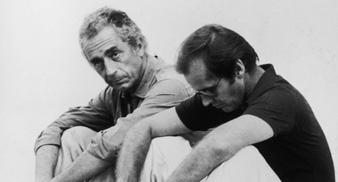 The Italian film director, best known for his portrait of Swinging London in Blowup, has died – on the same day (July 30) as another giant of world cinema, Ingmar Bergman.

Antonioni was born in 1912, in Ferrara, near Bologna. Along with Luchino Visconti and Roberto Rossellini, Antonioni’s early work – particularly his short films – was pivotal in the development of the post-war neo-realism movement, dedicated exclusively to portraying the working classes. But Antonioni became increasingly interested in documenting the lives of middle-class Italians.

Ironically, perhaps, his best-known films are arguably the three English-language movies he made with producer Carlo Ponti. 1966’s Blowup, set in London and starring David Hemmings as a photographer investigating a possible murder, famously featured the Yardbirds playing in a club scene. His next film 1970’s Zabriskie Point, was a box office failure, but gained cult status for its soundtrack, which featured new music from Pink Floyd.

In 1975, he directed The Passenger, starring Jack Nicholson as a television journalist who assumes the identity of a dead man. The Passenger was re-released in 2005, with full support from Nicholson, who provided a commentary for the DVD release.

Antonioni suffered a stroke in 1985, which left him part paralysed and unable to speak. In 1996, he received a Lifetime Achievement Oscar, presented to him by Nicholson.