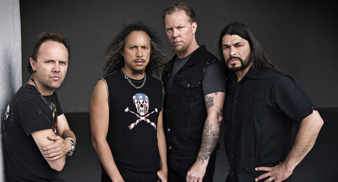 Metallica drummer Lars Ulrich has said the band recorded their eighth studio album ‘St Anger’ in a manner which would “hurt the listeners”.

Speaking to Classic Rock, via Rock News Desk, about the album, Ulrich says the band now view ‘St Anger’ as “an isolated experiment.” The album was released in 2003, almost six years after the band’s previous studio effort.

Asked about how the felt about the album, the drummer replied: “When we heard the recording from beginning to end, I felt – and it was mostly me – the experience was so pummelling that it became almost about hurting the listener.”

He also that the band put the album out as they needed to “fuck with boundaries”, he added: “I view ‘St Anger’ as an isolated experiment. Once in a while, as we’ve been known to do, we have to fuck with the boundaries. We’d already done ‘Ride The Lightning’, which I believe is a fine record – it didn’t need redoing.”

Ulrich also said that though he understood why some people rated ‘St Anger’ as the band’s worst album, he didn’t personally couldn’t rank Metallica‘s releases. He added: “I think it’s fair to say some people think it’s our worst album. But I can’t. The way I view the world, I can’t rank them from best to worst. That kind of simplicity doesn’t exist for me.”

Metallica are currently putting the finishing touches to a collaborative album with Lou Reed.