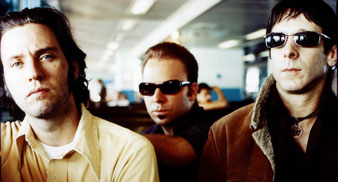 Mercury Rev have been confirmed to headline at this year’s End Of The Road festival in Dorest.

The band, who have not played in the UK since the release of their sixth album ‘The Secret Migration’ in 2005 are set to appear at the festival which takes place at Larmer Tree Gardens from September 12 – 14.

The headline show will be the experimental rock group’s only UK show, as the band are currently busy recording in the studio.

Micah P Hinson, A Hawk and a Hacksaw and Two Gallants are also amongst the first batch of artists confirmed for the three stage festival now in it’s third year.

For tickets and more information, visit the End Of The Road festival website here: www.endoftheroadfestival.com

The full list of artists confirmed so far is: