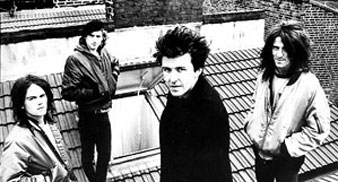 Brown passed away on December 6 after suffering a blood clot on the brain. He had been taken ill at a rehearsal earlier in the week and died at St Georges Hospital in Tooting, south London.

The MC4 frontman was living and working in Farnborough, having just finished writing songs for an album for his current band Ipanema.

He had only recently returned from a successful tour of the States.

With his guitarist brother Danny, bassist Gerry Bryant and drummer Chris Jones, the band released six studio albums between 1989 and 1996 and earned a reputation across the globe as an exciting live band.

Their biggest hit was in 1992, when ‘Shivering Sand’ reached Number 35.