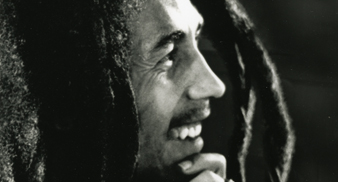 Island Records are to celebrate the 30th anniversary of Bob Marley’s ‘Exodus’ by releasing it on two pioneering new formats; on USB Memory Stick and Micro SD Memory Card.

The album recorded during Marley’s exile in Britain at the beginning of ’77, will become the first artist album released on these new computer readable formats, both of which will be available on May 28.

The USB memory stick version will be limited to 4000 copies, produced in the Rastafarian colours of red, green and gold. It also contains three video tracks recorded at London’s Rainbow Theatre in June 1977.

The Micro SD Memory Card will also be made as a limited edition collectors’ item of 2000 copies. The Micro SD is a small, removable flash memory card – the size of a fingernail – that can be used in mobile phones, portable audio players and PCs.

Other formats for the re-release of the album include a standard CD, which comes with a hardback case, and a deluxe CD which also includes 12 live tracks as a DVD of Marleys Rainbow gigs of ’77.

As well as all the fangled new formats – “Exodus” will also be re-issued on vinyl, packaged exactly the same as the original release in June 1977.