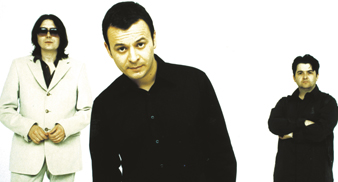 Speaking to the Daily Record, Bradfield said that being in a band is no longer a “badge of honour” – and claimed he struggles to find “amazing or great” new bands.

“I don’t see a story unfolding with bands because it is gap year music. It seems like somebody has said, ‘I think I’ll do an album then my dad will give me a job in the accountancy firm’,” he commented.

Bradfield also bemoaned the state of the Top 40, stating that it is “depressing” that it is “all pop music”.

“It’s like the indie wars never happened. It’s as if Manchester, Seattle and Britpop never existed,” he remarked.