Bassist's appear to have forgiven each other 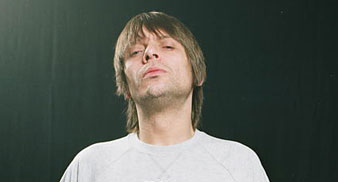 Primal Scream bassist Mani has apologised over his Twitter outburst last week in which he accused New Order and Joy Division‘s Peter Hook of “living off Ian Curtis‘ blood money”.

The two Manchester bassists had recently played together in new band Freebass, though that project has now disbanded. Both Mani and Hook have spoken following the former’s Twitter outburst, which has now been taken down from the social networking site.

Mani said: “I wish to apologise unreservedly to Peter Hook and his family regarding comments made on a social networking site which was totally out of character for me. It was a venomous, spiteful reaction to a lot of things that are going on in my life right now and I chose to vent my frustrations and anger at one of my true friends in this filthy business, and ventured into territory which was none of my concern.

“The Freebass thing has tipped me over the edge and became the focus of my bilious rants. Twenty-two years of being tripped up, face down in the mud and being kicked in the face with an iron boot will do that to the most stable of men. I hope I haven’t blown a great friendship forever. Sorry Pete.”

Mani went on to say that he still supports Freebass‘ album ‘It’s A Beautiful Life’, which is due to be released on September 20.

“In a funny way my outburst might make want people want to check the record out,” Mani explained. “I’m proud of what we achieved really. It’s not often bass players get to step out of the shadows and create something from scratch, and between us we’ve managed it. A bumpy ride but we got there…give it a listen.

“I hope I’m not turning into a bitter and twisted old rocker, that’s not what I’m about as anybody who knows the real me will be happy to confirm.”

Hook appeared to have accepted Mani‘s apology, saying: “Mani is a great friend of mine and he always will be. I have the utmost respect for him as a person and musician. Have none of you ever fallen out with somebody you love?”