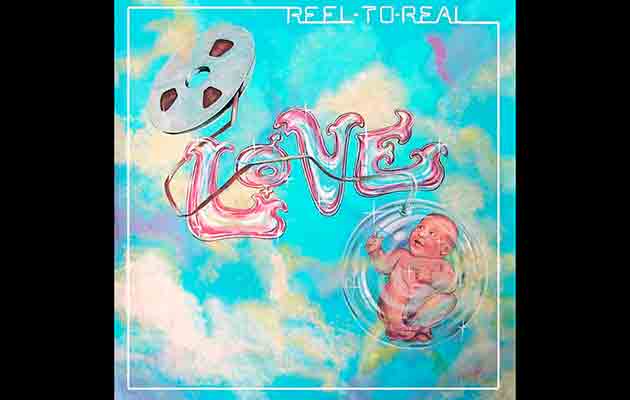 Love‘s 1974 album, Reel To Real, is to be given the deluxe reissue treatment, with four previously unreleased tracks as part of the new set.

The songs, recorded during the original album sessions, are “Do It Yourself“, “I Gotta Remember“, “Somebody“, and “You Gotta Feel It“.

The Reel To Real reissue marks the first-ever CD/digital versions of the album and the first time it has been available on vinyl in over four decades.

It will be released on February 19 by High Moon Records.

The tracklisting for Reel To Real is:

Time Is Like A River
Stop The Music
Who Are You?
Good Old Fashion Dream
Which Witch Is Which
With A Little Energy
Singing Cowboy
Be Thankful For What You Got
You Said You Would
Busted Feet
Everybody’s Gotta Live
Do It Yourself [Outtake]
I Gotta Remember [Outtake]
Somebody [Outtake]
You Gotta Feel It [Outtake]
With A Little Energy [Alternate Mix]
Busted Feet [Alternate Mix]
You Said You Would [Single Mix]
Stop The Music [Alternate Take]
Graveyard Hop [Studio Rehearsal]
Singing Cowboy [Alternate Take]
Everybody’s Gotta Live [Electric Version]
Wonder People (I Do Wonder) [Studio Rehearsal]
All Bonus Tracks Previously Unreleased Except 18

Last year, a comprehensive box set of live performances called Coming Through To You: The Live Recordings (1970-2004) was released by RockBeat Records.