Band will tour Britain and headline Isle of Wight festival later this year... 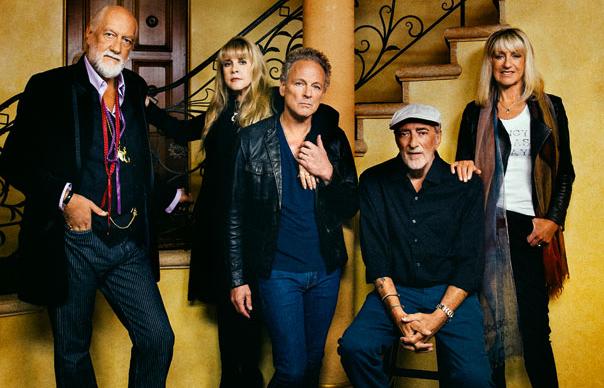 Lindsey Buckingham has hinted that Fleetwood Mac may be heading into their final years as a band, describing their forthcoming world tour as the “last act” for the group.

Buckingham, who appears in the band alongside Stevie Nicks and Mick Fleetwood, cast doubt on the long-term future of Fleetwood Mac in a new interview with the US TV channel PBS (via The Guardian).

Discussing the possibility of hearing new music from the band, as well as their live plans, Buckingham said: “We’re going to continue working on the new album, and the solo stuff will take a back seat for a year or two. A beautiful way to wrap up this last act.”

The hopes of new music have been boosted by Christine McVie‘s return to the band for the first time since 1997.

“She gave me a bunch of stuff to take home,” Buckingham told PBS. “I worked on it, came back, and she loved it. We went into the studio and came out with the best songs we’ve co-written in years. Christine really fills the gap of the polarity that might exist otherwise, and helps things breathe.”

Fleetwood Mac tour Britain later this year and will also headline The Isle Of Wight Festival in June. That date will be their only UK festival appearance of 2015. Drummer Mick Fleetwood recently denied that Fleetwood Mac will be appearing at Glastonbury in 2015.