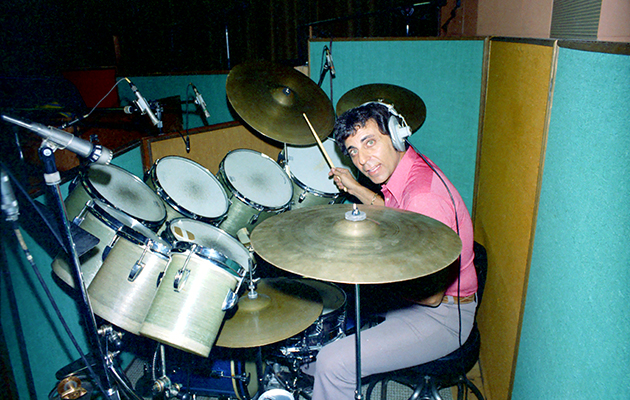 Blaine was a key member of the elite cabal of LA backroom musicians who came to be known as the Wrecking Crew. He played on a staggering number of epochal ’60s pop hits, including The Ronettes’ “Be My Baby”, “Can’t Help Falling In Love” by Elvis Presley, “I Got You Babe” by Sonny & Cher and “Mr Tambourine Man” by The Byrds, as well The Beach Boys’ Pet Sounds album and many of Simon & Garfunkel’s best-known songs.

Blaine, along with the rest of the Wrecking Crew, was inducted into the Rock And Roll Hall Of Fame in 2000. They calculated that he “played on more hit records than any drummer in the rock era, including 40 No. 1 singles and 150 that made the Top 10”.

Brian Wilson paid tribute, tweeting that “Hal taught me a lot, and he had so much to do with our success – he was the greatest drummer ever.”

The Monkees’ Mickey Dolenz wrote that “Hal played drums on the soundtrack of our lives for many of us”, while Ringo Starr hailed him as “an incredible musician”.

I’m so sad, I don’t know what to say. Hal Blaine was such a great musician and friend that I can’t put it into words. Hal taught me a lot, and he had so much to do with our success – he was the greatest drummer ever. We also laughed an awful lot. Love, Brian pic.twitter.com/vLOX3RIKc6

I am deeply saddened about the passing of drummer, Hal Blaine. Hal played drums on the soundtrack of our lives for many of us… Worth reading: An Interview with Hal Blaine | Modern Drummer Magazine https://t.co/1FWoi0bOw2