Julian Cope: “The Fried turtleshell was ridiculous. But at least it was valiantly ridiculous”

Cope recalls his 1984 classics World Shut Your Mouth and Fried 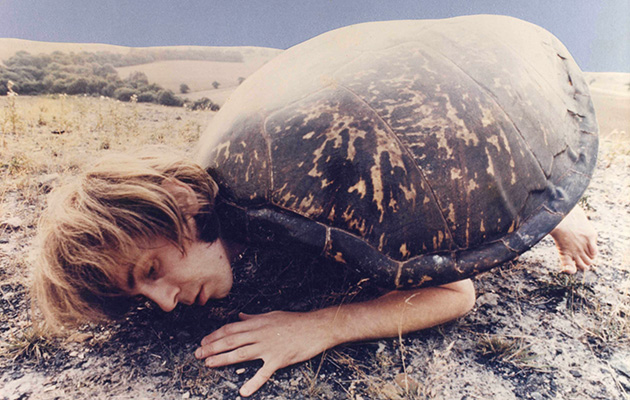 Julian Cope and his cohorts tell the full story of his first two solo albums, 1984’s World Shut Your Mouth and Fried, in the new issue of Uncut, out now.

The Archdrude explains how he subsisted on Mars bars and giant speed pills, played with his toy cars, crawled around under a giant turtleshell – and made arguably the greatest music of his career.

He also recalls the tumultuous end of The Teardrop Explodes and his attempts to adjust to life away from the pop world. “When [chart success] was taken away from me, even though I myself had taken the choice to split the group up, I suddenly realised that I had very quickly got used to the trappings of rock’n’roll. And I thought, ‘What am I going to do? I can’t go to Tesco’s, that’s outrageous!'”

“We worked very quickly,” says Cope’s longterm guitarist Donald Ross Skinner. “He knew what he was going for musically; he had a clear picture, and however his mind was at the time, it was still functioning artistically. He was always very lucid… but bonced.”