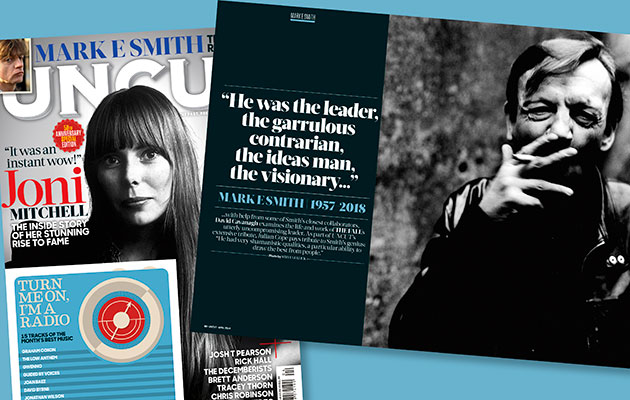 When Mark E Smith of The Fall died last month, it brought to an end one of the most singular, uncompromising, baffling yet exhilarating bodies of work in all of music. As part of an extensive tribute in the latest issue of Uncut, on sale now, his bandmates and contemporaries attempt to put their finger on what made Smith such a brilliant and magnetic figure.

Julian Cope recalls Smith as a “compadre in Krautrock” during his formative years on the post-punk scene. “Mac [Ian McCulloch] and I were in awe of Mark.”

“He was a one-off,” says Pete Greenway, the most recent of The Fall’s many, many guitarists. “Whatever subject you talked to Mark about, he would always come at it from a completely different angle to you. An angle you’d never thought of and would never expect. And that would be all the time. He was like that in his life and he was like that in his songwriting.” 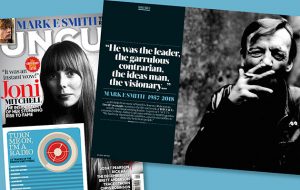 You can read much more about Mark E Smith, from his unparalleled syntax to his memorably bizarre TV appearances, in the current issue of Uncut, out now.

Elsewhere in the issue, we investigate the early career of Joni Mitchell and there are new interviews with The Breeders, Josh T Pearson, Brett Anderson, The Decemberists, Chris Robinson and many more. We also look at the legacy of Rick Hall’s FAME Studios. Our free 15-track CD features 15 tracks of this month’s best new music, featuring Graham Coxon, Gwenno, Guided By Voices, Jonathan Wilson, David Byrne, Tracey Thorn, The Low Anthem and Mélissa Laveaux