QOSTA producer and The Cult's Ian Astbury on board too 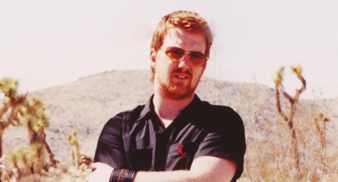 Co-produced by Queens Of The Stone Age’s Chris Goss, the album sees a host of guest vocalists including QOSTA’s Josh Homme.

Homme lends his drawl to track “Restless,” which is a dark, bassline heavy track.

Other guest vocalists include Massive Attack’s 3D on “Twilight” and Clayhill’s Gavin Clark.

The album culminates with The Cult’s Ian Astbury performing a track brilliantly titled “When Things Explode.”

UNKLE’s third album is different from their first two, in that most of the instruments were played live, over at Goss’ studio in the desert outside LA.

The sleeve and booklet accompanying the disc will feature a set of specially commissioned paintings by 3D.

The album will be released on July 2 through Lavelle’s own new label Surrender.