Joe Strummer biopic to be directed by actress Julie Delpy 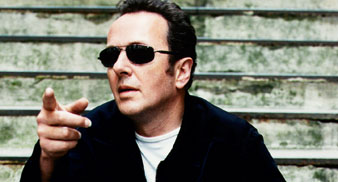 Hollywood actress and director Julie Delpy is set to direct a new film about the life of The Clash frontman Joe Strummer.

According to Variety, the film, entitled The Right Profile, will apparently focus on the guitarist and singer’s Clash years as well as his planned disappearance from the public spotlight in 1982. The film is named after a song on the punk classic ‘London Calling’ and will be produced by Simon Halfon.

Another biopic about the late Joe Strummer is apparently also in the works. Film4 is backing the project, entitled Joe Public. Screenwriter Paul Viragh, who wrote Ian Dury biopic Sex & Drugs & Rock & Roll, will be in charge of the script, reported Screendaily.com recently.

Strummer was the subject of Julien Temple‘s 2007 documentary Joe Strummer: The Future Is Unwritten and Don Letts‘ recent film Strummerville.