The Doors legend remembered by his LA contemporary 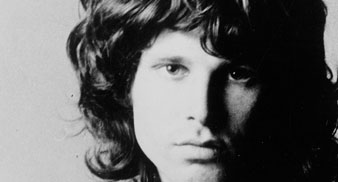 Jim Morrison used a line from a conversation with Alice Cooper in the classic Doors track ‘Roadhouse Blues’.

“We were sitting there drinking and Jim comes in and he flops down,” says Cooper on his breakfast show on Planet Rock radio.

“He was very spontaneous in the way things were written,” he adds.

The revealing story forms part of a Doors special which is due to air July 27 at 6pm (UK time) and repeated on August 1 6pm on www.planetrock.com.

Cooper and The Doors were both based in Los Angeles at the height of their fame in the late ‘60s and he witnessed some of Morrison’s legendary bad behaviour.

“The thing about Jim was it was sometimes dangerous being around him because there was no such thing as a dare. He would jump out of cars and roll down hills,” says Cooper.

“At a big party for The Doors at the 6000 building on Sunset he’s got a bottle of whiskey in each hand, on top of the building balancing like a high wire act. One gust of wind and he is over. I’m sitting there going ‘How come no one is pulling him off the ledge? It’s Jim Morrison!’ and they’re like ‘If he falls, he falls.’

“It was very odd to me that there wasn’t a little more of reigns pulled in especially as he was the biggest rock star in the world at that point.”