The French electro legend will perform 'Oxygene' in its entirety 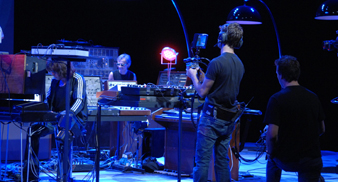 Jean Michel Jarre has announced details of a historic performance of his seminal album “Oxygene”, to take place at London‘s Royal Albert Hall.

The electronic pioneer will also use the original instruments that were used on the album, released thirty years ago last year, including over fifty analogue synthesisers.

Jarre, who will perform “Oxygene” in its entirety at the concert, explained the use of the original synths, saying: “I’ve composed “Oxygene” on extraordinary instruments, [as much a] part of electronic music mythology as Stradivarius was for classical music or Fender Telecaster was for rock music.

“I wanted the public to discover those and I am so excited about performing for the fans in London.”

The gig is set to take place on March 30.