Find out how to get tickets for Plant, Page, Jones and Bonham's London concert date 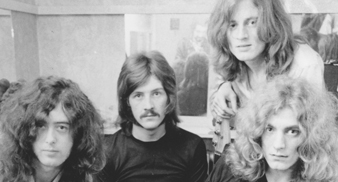 Led Zeppelin are to reunite for a one-off performance at London’s O2 Arena, it was announced at a press conference today (September 12).

Founder members Robert Plant, Jimmy Page and John Paul Jones will be joined by the late John Bonham’s son Jason on drums for the hugely anticipated 20,000 capacity show on November 26.

The band, who are rehearsing at a secret location just outside London, plan a crowdpleasing two-hour set.

The show will be a tribute to their former boss, Atlantic Records founder www.ahmettribute.com, who died in December last year.

It was revealed today at the press call at 02’s Vue Cinema, that the band’s set will form part of a charity fundraising concert for the Ahmet Ertegun Education Fund to provide four students with college scholarships in the UK, USA and Turkey.

Pete Townshend, Bill Wyman And The Rhythm Kings, Foreigner and Paolo Nutini will also be appearing at the concert on November 26. Nutini was the final British artist to be mentored by Ertegun.

Tickets for the one-night only concert are priced at £125.

Due to the anticipated overwhelming demand for this concert, tickets will be available by ballot only. Names will then be chosen at random. You can register for the ballot at www.ahmettribute.com. Tickets are limited to one pair per applicant, and the ballot closes on Monday lunchtime (September 17).

This is only the third time Led Zeppelin have reformed to play since original drummer John Bonham died in 1980. They previously reunited for Live Aid in 1985 and for a show celebrating Atlantic Records 40th anniversary in 1988.

The confirmed news of the reunion is likely to spark a huge stampede to register for the tickets ballot – Led Zeppelin fans across the world have been excitedly talking about the reunion since news leaked in June from news network WENN about its possibility.

Earlier speculation that Page, Plant and Jones would reunite for a full world tour appears to have been a little optimistic. Goldsmith said: “it has been stressful enough for them seeing if they could deliver one show after all these years. It would be very hard for them to do a tour. It’s been a very long time. They all have separate paths now.”

Reunion tours have proved to be hugely successful for diverse bands that originally called it a day. The Police, Genesis, Crowded House, Spice Girls and Take That have all sold millions of tickets worldwide for their own ‘comebacks’ in the past 18 months.

Keep checking uncut.co.uk for up to date music and film news as it happens.