'Kiss Each Other Clean' is out in January 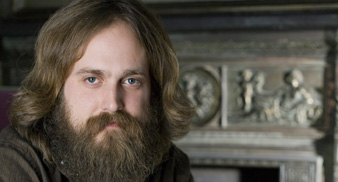 Iron & Wine have announced the release date and tracklisting for their upcoming new album.

‘Kiss Each Other Clean’ is due out on January 25, 2011 through Warner Bros in the US and 4AD internationally, reports Pitchfork.com.

The album will be the fourth under Sam Beam‘s Iron & Wine guise, and is the follow-up to 2007’s ‘The Shepherd’s Dog’.

Later this month, Beam will issue the first single from the album, ‘Walking Far From Home’, along with bonus tracks ‘Summer In Savannah’ and ‘Biting Your Tail’.

The single will be released on 12-inch vinyl and CD on November 26, while a digital version will be available from November 30.

The tracklisting for ‘Kiss Each Other Clean’ is as follows: