Introducing The Ultimate Music Guide To The Kinks

Deluxe and updated; get ready for a Kinksize Session! 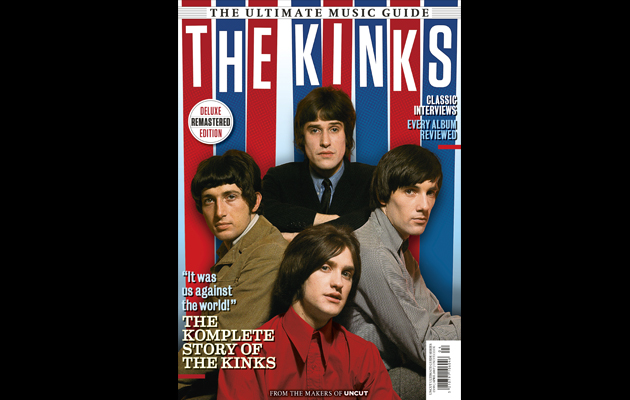 Late last year, I interviewed Ray Davies for Uncut’s annual Album Preview. Under discussion was Ray’s latest release, Americana; his first LP since 2007’s Working Man’s Café. Inevitably, though, talk also turned to the current state of Ray’s relationship with his brother,Dave. In particular, Ray’s unannounced appearance at Islington Assembly Hall in December, 2015, when he and Dave performed together on stage for the first time in 20 years, playing “You Really Got Me”.

“Dave invited me, I went along at the last minute,” said Ray. “I saw his act, he’s got a really good band. He invited me on to do a song. I didn’t have my harmonica with me, so I sang the vocal on ‘You Really Got Me’. There are no further plans. Dave and I have never had a plan about anything! There’s a synergy that comes between being related and quite a psychic – or psychotic – family. That’s the way it goes. I’m happy for him. He bought a round of drinks the last time I saw him, so that’s an improvement.”

While we wait for fresh developments in the saga of the Davies siblings, why not revisit The Kinks many, remarkable achievements – as documented in the deluxe, updated edition of our 148-page Ultimate Music Guide: The Kinks? Inside, we tell the band’s complete story via a wealth of interviews from the NME, Melody Maker and Uncut archives. We’ve reviewed each of the band’s albums, as well as a full-round up of solo projects, live releases and compilations. Our Ultimate Music Guide: The Kinks goes on sale in UK shops on Thursday – although it’s available to buy here now (along with a load of our other Ultimate Music Guides).

In the meantime, have a peaceful Easter – hope the weather holds – and John will be back next week with some more exciting news from Uncut…