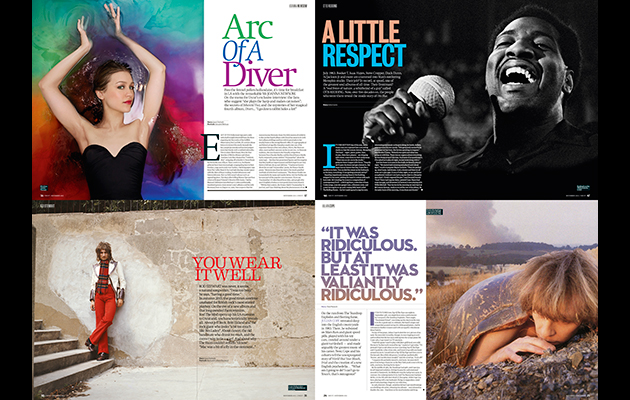 It’s hard to imagine two more disparate musical figures than Rod Stewart and Joanna Newsom, but last month Jaan Uhelszki paid LA house calls on both of them to file a couple of noteworthy exclusives for the new issue of Uncut, on sale in the UK today. Among other things, we learn that Newsom enjoys two breakfasts, one of them involving fennel pollen mayonnaise, and hear Stewart’s surprising explanation for why The Faces held off reforming until after the death of Ian McLagan. We also find out that Stewart doesn’t know what Americana is. “I’ve never quite understood what that term means,” he admits. “It was a name that people were bandying around this time last year. I’d be, ‘what the fuck’s that?'”

In fairness, a similar question has probably been asked in the Uncut office a few times over the years, given the elastic possibilities of what Americana can represent – a music that in some artful way taps into the traditions of the States, maybe? That at least has a working understanding of what listeners want when they talk about authenticity, though the term “authenticity” is probably even harder to define and understand than Americana.

Newsom, meanwhile, provides us with a playlist of the records she was listening to while putting together her astonishing fourth album, “Divers”. Plenty of these, I think, would qualify as Americana – not just Mickey Newbury’s “Lovers”, but “Nilsson Sings Newman”, Judee Sill’s “Heart Food”, Jimmy Webb’s phantasmagorically overblown “Land’s End”, too. To that list, you could usefully add “Divers” itself, an album that sounds at once arcane and timeless, and which revels in an absorbing degree of lyrical craft and reference.

“Divers” is packed with allusion and discoveries – beginning with the mapping of Greenwich Village on an ancient Native American settlement called Sapokanikan. There are burial sites beneath Washington Square, New York mayors and Lenape Indian chiefs, all in the text of a single song; “Sapokanikan”, which you can also hear on this month’s free Uncut CD.

To understand America, and Americana too, historical perspectives can be useful. “For someone to dig that much into the songs is such an investment of faith,” Newsom tells Jaan Uhelszki. But it’s one way in which songs can endure and keep revealing new details and nuances, hundreds of listens down the line. To paraphrase our cover star, they can make us dance, sing, or anything…