A deluxe updated edition of our McCartney UMG, in time for Sir Paul's 75th birthday 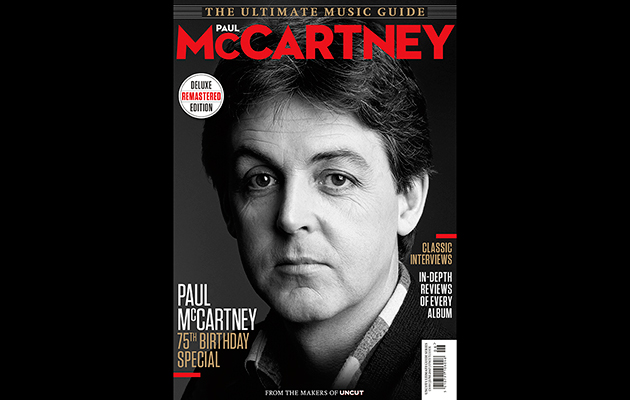 On June 18 this year, Paul McCartney will hit the auspicious age of 75. For more than two-thirds of his life, he has been one of the most famous people on the planet, and one of the most feted musicians in history. Through that time, too, he has devised and sustained many ingenious coping strategies to handle the stresses that such a level of success and recognition must inevitably bring. Few superstars have perfected an air of normality as convincingly as Macca. But what is he really like?

Uncut’s latest deluxe Ultimate Music Guide to Paul McCartney goes some way, hopefully, to figuring out that riddle, wrapped in a mystery, inside an enigma (The issue goes on sale in the UK this Thursday, but you’ll be able to buy a copy from our online store).

The story begins on April 18, 1970, when an unusual dispatch from McCartney appeared in the NME. Instead of participating in a normal interview, McCartney had sent the UK media a printed statement, in which he (or, at least, a shadowy enabler at Apple) asked the questions as well as supplying the answers. A delicate situation, he believed, needed to be micromanaged with extreme care.

Nevertheless, McCartney did not spare himself the difficult subjects. There was a solo album to discuss, of course, one all about “Home. Family. Love.” But also, there was the outstanding business of where the arrival of “McCartney” left The Beatles. “Are you planning a new album or single with The Beatles?” McCartney challenged himself. “No,” he responded.

“What are your plans now? A holiday? A musical? A movie? Retirement?”

And there it was: the end of something that changed the world, and the start of the rest of Paul McCartney’s life. As McCartney reaches 75, he has now spent nearly five times as many years out of The Beatles as he did in them. It is those frequently remarkable years that we’re focusing on in this latest deluxe edition of the Uncut Ultimate Music Guide. With a selection of articles rescued from the NME, Melody Maker and Uncut archives, and with extensive new reviews of every album, we trace the highs, lows and neglected margins of McCartney’s post-Beatles career.

There are frank reflections on life past and present, bantering encounters with Wings, a constant and fascinating narrative about how McCartney tries to reconcile being “Mr Normal” with being, well, Sir Paul McCartney. There’s also an epic interview from a 2004 issue of Uncut, in which McCartney, a shrewd media operator ever since the earliest days of The Beatles, talks with unprecedented candour about every phase of his career.

“I’ve put out an awful lot of records. Some of them I shouldn’t have put out, sure,” he admits in the piece. “I’d gladly accept that. There’s many different reasons for putting a record out. Sometimes I might just put one out because I’m bored and I’ve got nothing better to do. That happens.”

Few artists have had anything remotely close to the cultural impact of Paul McCartney. Nevertheless, his discography is surprisingly full of odd excursions and experiments, of great songs hidden away and half-forgotten. This Uncut Ultimate Music Guide is also, we hope, a key to the treasures of Macca’s long, engrossing second act. Let us roll it!