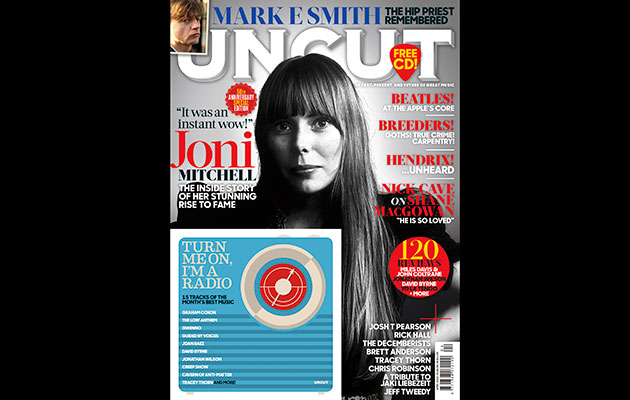 When Uncut interviewed Mark E Smith, in Manchester’s Crown & Kettle pub last summer, he was typically forthcoming on a range of subjects: the Vorticists, the BBC, Jane Austen. It was, of course, a typical Smith chat: often scurrilous and profane, but nevertheless driven by Smith’s wide-ranging interests in literature, politics, sport and other more esoteric subjects that all, somehow, collided in the extraordinary music he made with his band.

“He was a one-off,” Fall guitarist Pete Greenway tells David Cavanagh in our extensive tribute to Smith, which appears in the new issue of Uncut, on sale in the UK this Thursday. “Whatever subject you talked to Mark about, he’d always come at it from a completely different angle to you. An angle you’d never thought of and would never expect. And that would be all the time. He was like that in his life and he was like that in his songwriting.”

“He always wanted everything to be right,” his friend and producer Grant Showbiz tells David. “Forget all the stuff you’ve heard. Nobody loved The Fall more than Mark did.” 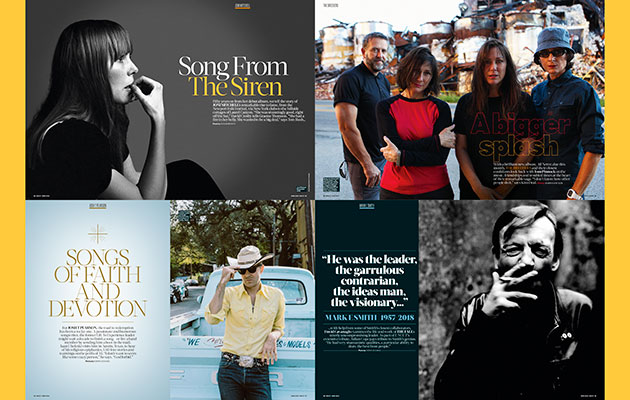 I hope it’s not too much of a leap, but I’d like to think that a common thread linking the musicians in this month’s issue is a visionary, questing spirit. It’s there, surely, in Joni Mitchell – whose debut album, Song To A Seagull was released 50 years ago on March 1. Graeme Thomson speaks to many of those involved in Joni’s early years – including David Crosby, Judy Collins, Tom Rush, assorted members of Fairport Convention and the Incredible String Band – to discover a songwriter stretching out at the very beginning of her extraordinary career. Elsewhere in the issue, Tom Pinnock meets The Breeders, Jaan Uhelski travels to Austin, Texas to catch up with Josh T Pearson plus we speak to The Decemberists, Chris Robinson and Tracey Thorn – all of whom are pursuing their own, indefatigable sonic quests. Nick Cave salutes Shane MacGowan, Brett Anderson discusses his memoir, Roger McGuinn remembers The Beatles’ beloved confidant Derek Taylor and we bring you reviews of new records from Yo La Tengo, Jonathan Wilson, Joan Baez, David Byrne, Creep Show and more alongside archival treats from Jimi Hendrix, Phil Everly and Miles Davis & John Coltrane.

You’ll also find a piece by Stephen Deusner, who travelled to Muscle Shoals, Alabama following the death of FAME Studios founder, Rick Hall. There, Stephen spoke to a number of people who worked with Hall over the years– including, in an Uncut first, Donnie Osmond. The esteemed Swamper David Hood remembers his former boss as a driven, focused leader. “He made you tough. He made you good.” These are attributes, you imagine, that could also be applied to Mark E Smith himself.

The new issue of Uncut is on sale from Thursday, February 15